The first time I was introduced to crystals was around 12 years ago. I liked them and thought they were pretty but I didn’t know what to do with the crystals or how to use them. Do I keep them in my pocket? Do I wear them as jewellery? Do I keep them in my car? Shall I do all of the above?

Well, that’s what I did — All of the above. I was sensitive to energies to a certain extent, but I did not understand how to use the crystals for my benefit. I decided they were nice to decorate your home and adorn yourself with, but that was about it.

Years later, when I moved from California to London, I decided to study Sacred Geometry II with the Modern Mystery School. I was interested in the Sacred Geometry series, but I cannot say my interest in crystals was heightened when walking into the class that day. Even though, I knew we were going to be focussing on crystal magick that day. I still had the mindset that crystals were mostly for decoration and held certain properties, and I wasn’t expecting to be blown away by what I was going to learn that day.

During the class, I took two clear quartz crystals out of the small mesh bag that was given to me. We were going to practice something called Crystal Rites with a partner for Old Wounds, New Wounds and Good Fortune. “Well,” I thought. “This is just going to be a nice feel-good session with another student in the class. Let’s see if anything happens.” I gripped the clear quartz crystal in my right hand, looked down at my booklet and began to read the Rites over and over again for Old Wounds.

WOAH! I needed to catch my breath! I needed to stop after only three or four minutes. I turned to the teacher in the class and said, “Wow! This is hard work!” I was really surprised I felt that I had taken what could be described as an energetic/healing work out! The energy and the healing work from the crystals began to move in those few minutes and I felt it! Big time!

Months later, life moved along as it tends to do and I wasn’t feeling like myself. There was a heaviness in my chest that sat and walked with me as I moved through life. I couldn’t seem to shift it. I went to my Guide in the Mystery School and told her about the heaviness I was feeling. She reminded me of the tools that I had from the Sacred Geometry II class I had taken just a few months before. I have a huge tool kit with all of the magickal rites and rituals, but I needed my Guide to point me in the right direction when life became crowded with everyday busy-ness.

On day 10 of practising the Crystal Rites, I visited some friends that lived around the corner and they noticed immediately that I was in the middle of a shift. “What have you been doing?” they asked me. They too had taken the Sacred Geometry II class and I told them I was working with Crystal Rites for the previous ten days. I knew I was shifting with the help of the crystals, but I was floored that they noticed as well. By the time day 14 had come around, the heavy feeling I had carried with me had long gone and I was left with a quiet stillness.

Since my initial two week commitment, I use my Crystal Rites and my clear quartz crystals regularly to heal whatever it is that I need to clear. My relationship with the crystals has grown significantly over the years along with a greater understanding that crystals are used to progress humanity and to help humans. I am blown away by how much has shifted within me by using the small clear quartz crystals and the Crystal Rites 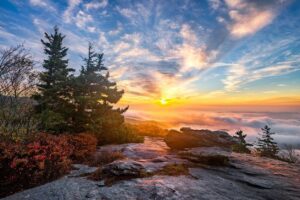 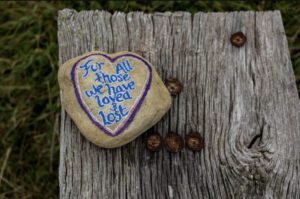 My Journey with The Modern Mystery School, Part 1

Kabbalah and How it Works in Your Life

Beliefs of the Modern Mystery School: Questions and Answers with Dave Lanyon

About the Modern Mystery School: Questions and Answers with Dave Lanyon

Liza, how to live a life of joy and passion.